So 2011 has passed and what a roller-coaster ride it was!
Some things went swimmingly well and others got washed up on the rocks.
Here are the headlines... 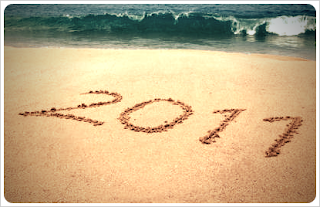 Built an app - One of my major goals of the year was to build a web-app from scratch and with the help of super-dev @lukeoflondon we made this happen in the form of flup.com. Building a web-app was an incredible learning experience. At the start of the year I could just about knock together a basic web page, but by summer I was fully up to speed in HTML5, CSS, Photoshop, and getting sharp on jQuery, javascript, Ruby on Rails and Illustrator. I was deeply immersed in the world of Github, Heroku, Redis, SCSS, CoffeeScript and lots of other lovely cutting edge technologies. Technically I now feel very comfortable and confident in my abilities to digitally create. I am once again literate in the language of code and I think this is an essential skill to have in a world that is increasingly digital.

Learned all about the Start-Up world - although our web-app never really had a decent business model behind it, the process of building the app threw me deep into the startup world and community. We were approached by investors, met angels and VCs and learned all about their investment strategies, term-sheets and shareholder agreements. I've made friends with other tech-entrepreneurs in London and around the world. We also tried many of the methodologies advocated to startups such as Lean, Agile and Customer Development. Although I've setup businesses before from scratch, I think this has given me a great foundation for setting-up and scaling businesses in the future. Personally I've always thought that the most successful brands, organisations and agencies need to think more like startups and being involved in a startup has really refocused my entrepreneurial spirit.

Travelled the world - The luxury of flexible working time and place meant that I could travel much more than I would have been able to do working for a company. Trips included Scotland, India, Portugal, Alsace, San Francisco, Hamburg, Amsterdam, and the Lake District. It's been fascinating wandering around these places, meeting random people and absorbing local cultures, and has left me hungry for more.

Minimal living - I've made huge inroads into cutting back on possessions. I sold my property and car and have ditched as many of the things that "own you" as possible. And really, it hasn't impacted my life in any negative way at all. In fact I've found that getting rid of possessions gives you tremendous mental freedom and reduces worry. I now think incredibly hard about the things I buy and usually more about how I will get rid of them in the future! I don't think I've bought any new clothes this year, and even cut my own hair (ok maybe I'm going too far!)

Fitness - I joined a gym this year and settled into a programme to improve my fitness. This has been a resounding success, I hit my goals and I feel healthier and stronger than I have since my early twenties. Much of this is thanks to the great advice contained in The Four Hour Body book. This is really important to me as my father, who was incredibly sporty and fit as a youngster, died due to ill health in middle age. I want to avoid that at all costs and actually become fitter as I get older.

Food exploration - My mouth and belly have never been treated to such an incredible variety and quality of food as they have this year. We've eaten at the some of finest restaurants in the world including what for me was the best, The Fat Duck, and tried foods from around the world. These experiences will be treasured forever.

Amazing people - People amaze me and I've met some truly incredible people this year. It's easy to believe (and I often do) that humans are just crazy creatures intent on wiping themselves off the face of the earth, but there are some truly inspiring people around who think differently, do things out of the goodness of their hearts and generally make you be proud to be a member of the same species. I hope to cover more about a few of these lovely folk soon.

Music - I've realised I'm totally addicted to music. It's always been my passion, my lifetime love, the thing that keeps me up all night finding those long lost tracks on YouTube. What's amazing is how easy it is to produce high-quality music these days. Back in the old days when we were releasing techno records as Nukleotide, creating a track would cost a small fortune. I've tooled up my Macbook Air with a new copy of Apple Logic which is now only £140! and am busy writing new compositions. I've been inspired by old friends such as Simon Blackley, Ben Jeffreys and Roberto Sodano who are busy creating fantastic soundscapes in their own bedroom studios. I'll be publishing some of mine online soon.

Content/community site - as we reached the final stages of the flup build, I bumped into an old client and friend Alex Butler. Alex had a great concept for an online community that would bring together free-workers (digital nomads, freelancers, artists etc). I realised this would be something I personally would be very interested in joining. We've been busy pulling a site together and we will be launching (Minimum Viable Product version) soon at www.kindredhq.com What's been really interesting about this for me is the people we've met during the process of creating content who are using technology to explore new ways of working outside of the traditional office model.

Online business - At the start of the year I intended to get at least one revenue generating website/app online. This never really happened as most of my focus went into flup app development and learning new technical skills. I found that there are different levels of risk/reward when it comes to web apps and online businesses in general. Of course everyone want's to create the next Facebook, Google or YouTube, but the reality is that making money from a free consumer facing app/site is a long and highly risky path. From an investment point of view it's all about the potential to scale and smart VCs know only a tiny fraction of these types of business will scale at the rate required to make a decent return on their investment. In the UK especially there seems to be an aversion to these kinds of businesses because they are so risky. When I visited the US that didn't seem to be the case though. Investors there were more keen to make sure they didn't miss the next big consumer app set for explosive growth, so would be more inclined to seed fund these companies. It seems obvious but if you can create something of value that people want to pay for (the 37signals approach), it's much easier to get a sustainable business up and running, with or without investment. I've learned a whole heap about what type of online business I want to setup so watch this space. Hopefully early in 2012 I'll have something up and running.

Film-making - Although I took a number of film-making courses I never really got round to making anything by myself. Through the KindredHQ project I've been able to work with a fantastically talented up-coming director/DOP Max Mallen who is busy teaching my the tricks of the trade. I've also got my hands on a sweet Canon DSLR so again, watch this space!

Sailing/adventure - #epicFAIL on the sailing front. I don't think I set foot on a boat once. Besides the travelling the real adventuring didn't kick-in. I'm taking notes from true life adventurers like Lloyd Davis and pushing at some doors that will hopefully give me a few epic adventures in 2012.


So on reflection, great year but could have been even better. I'm not going to beat myself up over anything, just learn, set new goals and get on with achieving them. I want 2012 to be a year where I embrace adventure, make some big changes and continue to learn and grow. I also want to explore the world further and my big goal is to figure out where I would like to live next. More on this soon...

OTHER WAYS TO KEEP UPDATED

ALL OF THE POSTS