Get the most out of Istanbul - 7 fun things to do

We just spent a few days in Istanbul the 2010 European City of Culture. It's the fifth largest city in the world with nearly 13 million inhabitants, has a history that stretches back 9,000 years and is the gateway between Europe and Asia. It's beautiful, chaotic, friendly, overcrowded, noisy and exciting all at the same time, a real city of extremes. The locals seem to know how to live life to the maximum and it really is a city that never sleeps. 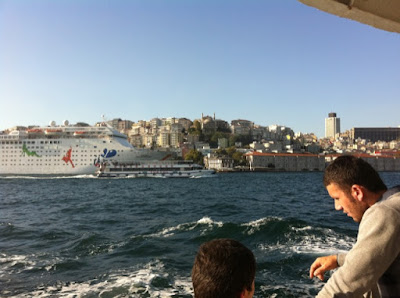 It's huge, even compared to London and you could explore for years. But if you have limited time then here are my top 7 recommendations to get the maximum from your visit:

1) Ride the river
The whole city is built around and divided by a huge stretch of water called the Bosphorus which connects the Black Sea and the Sea of Marmara. The locals love the water and use the many public ferries to get around. It's actually a fantastic way to see the city on the cheap. A single crossing costs 1.5TL (about 70p) and you either buy a token at a nearby machine or pay at the gate. Trips between the ferry ports at Karaköy, Eminönü and Beşiktaş on the European side and Üsküdar and Kadıköy on the Asian side provide spectacular views of the city from many different angles. A good place to start is the port at Eminönü which is just nest to the Galata bridge, the one near all the major sights. 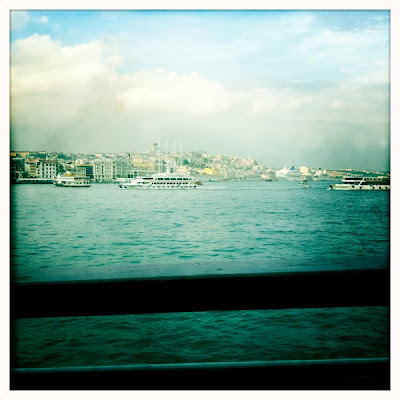 2) Drinks, views and craziness at 360 Bar
Istanbul is all about the views and crazy nightlife. Tourists head to the famous Galata Tower and join the long queue, but to avoid the crowds and get your nightlife fix at the same time head to Istanbul's best rooftop bar, 360. But first you have to find it... it's located centrally in Beyoglu just to the west of Taksim Square. A large pedestrianised road called Istiklal Caddesi cuts through this area and you need to look for a building called Misir Apartments which is very close to a little church called St. Antuan Katolik Kilisesi. Once at the Misir building take the lift to the top floor then head up the stairs. The venue (like many in Istanbul) starts the evening as a restaurant then transforms into a club at around 11pm. We avoided the restaurant and headed straight to the bar. Drinks are expensive so be prepared to make one last. The Raki Mojitos at 20TL (£9) a pop are a good choice, oh and whilst you are at the bar be sure to look down! Drink in hand, head out to the terrace to experience one of the best views in town. 360 also attracts internationally famous DJs and artists and really knows how to put on a party. Superstar DJ Felix da Housecat played on our visit and got the whole place jumping up and down and going crazy! 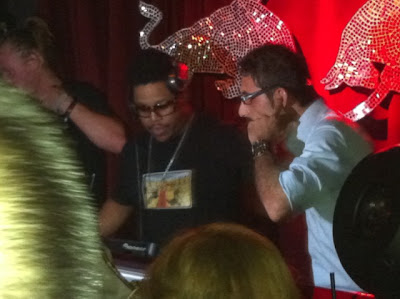 3) Eat like the locals
OK we did get ripped off at a totally overpriced fish restaurant with an 'exclusive' view of the Bosphorus, but avoid these places and do what the locals do to get delicious good value food. Grab a fish (balik) sandwich from one of the street vendors near the Eminönü ferry or under the Galata bridge. A little hidden treasure we found was the street market in Beşiktaş, which is an area that seems to be undiscovered. You can get to the area by taxi or even better by taking a ferry to Üsküdar then on to Beşiktaş which doesn't take very long. The market is a little like the famous Borough market in London and you can find all sorts of Köfte (meats), sweets and fish. If you're interested in design then head for the iconic fish market triangle which is surrounded by good local fish restaurants. 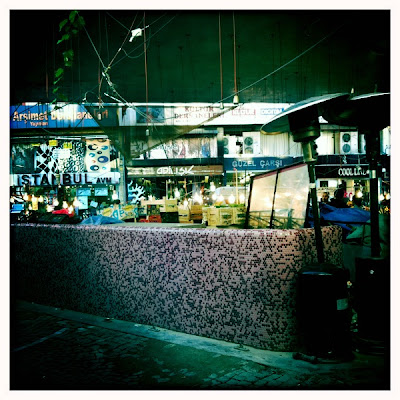 4) Wander the side-streets
Istanbul is a great city to wander around and just get lost. Make sure you have a map to hand just in case, but do explore the winding back streets and see what hidden treasures you uncover. The area between Taksim Square and the Galata Bridge is a treasure trove of cute back alleys. Use major landmarks such as the Galata Tower or the main pedestrian route of Istiklal Caddesi to find your bearings but wander off the beaten path as much as you can. 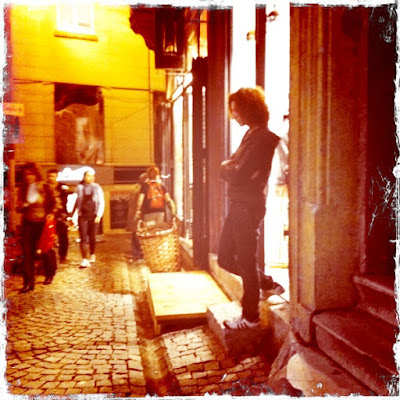 5) Soak up Topkapi Palace
I actually didn't intend to go to the Palace as I'm not a huge fan of official tourist attractions and the queues that go with them, but I'm really glad that we visited the stunning Topkapi Palace. The first thing that hits you about the place is the peace and serenity, it almost has an inverse energy to the rest of the bustling city. The buildings and surrounding gardens have a real beauty and it's position with views out over the city and the Bosphorus are second to none. For 400 years it was home to the Ottoman Sultans and was previously the site of the Byzantine acropolis, so it's a place where you can really soak up the history of Istanbul. 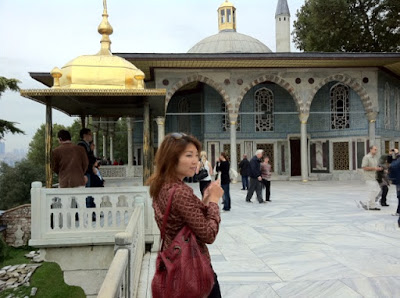 6) Chill at Istanbul Modern
Istanbul Modern houses interesting works by some of Turkey's leading artists and designers. The collections change, but one thing you must do is visit the cafe. Its riverside location and outside terrace are the perfect place to spend an hour or so eating, drinking and watching the ships go by. 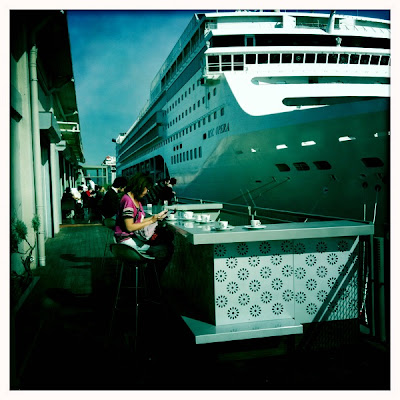 7) Drink authentic Turkish Coffee
The locals love their çay (tea) and seem to drink it everywhere and anywhere. To keep yourself going, drink plenty of the stuff, but you should also try the Turkish coffee for an instant hit of Istanbul energy. I think we stumbled upon the cutest coffee shop in the world. 'Otantik', which is run by an old man on Camekan Sokak, a lovely little street right below the Galata Tower. Spend some time there, soak up the vibes and watch the world go by, lovely! 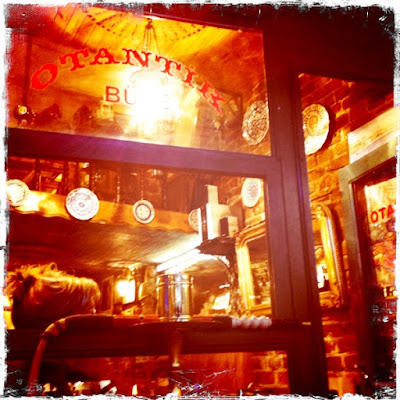 OTHER WAYS TO KEEP UPDATED

ALL OF THE POSTS